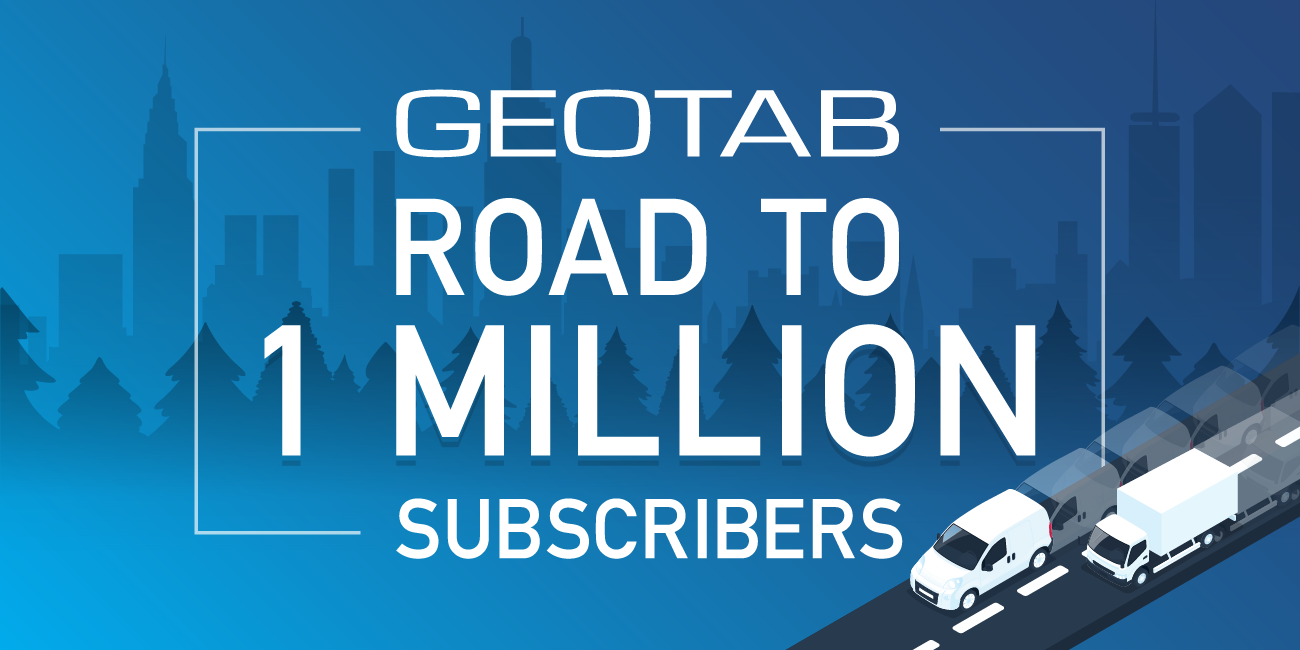 Geotab has a million reasons (and more!) to celebrate their great start to 2018 with their announcement on February 23rd, sharing that the award-winning leader in telematics technology has officially hit and surpassed one million subscribers. This success positions Geotab as the first telematics company to achieve one million connected vehicles built on a single, open platform and as one of the fastest growing providers of telematics globally. Since launching their subscriber-based solution in 2006, Geotab has seen an average of 116% annual subscriber growth over the last 10 years.

Geotab CEO, Neil Cawse, shared more on the company success when he shared, “together we have grown to support over 21,000 businesses, 300,000 users, and 1,000,000 vehicles around the world by focusing on sustainability, scalability, reliability and security.” So what has allowed Geotab to reach such a level of success with many competitors in their industry? Geotab’s key industry differentiator plays a large role. Being an open platform, Geotab creates an environment where businesses can benefit from the integration of Geotab data into any system regardless of business size or operational needs. GPS to GO is proud to stand behind the Geotab products which are “contributing to a smarter, more connected world that leverages data to improve city operations and sustainability and create safer communities for all.”

If you want to experience the benefits of choosing Geotab for your fleet, contact us today.

How GPS Tracking Technology Can Help You Retain Drivers
April 12, 2022

Geotab Integration is Available in Your Favourite Vehicles to Make Fleet Management Even Easier!
January 30, 2020

Geotab Awarded Blanket Purchase Agreement to be Sole Telematics Provider to the State of California
October 11, 2019
Go to Top