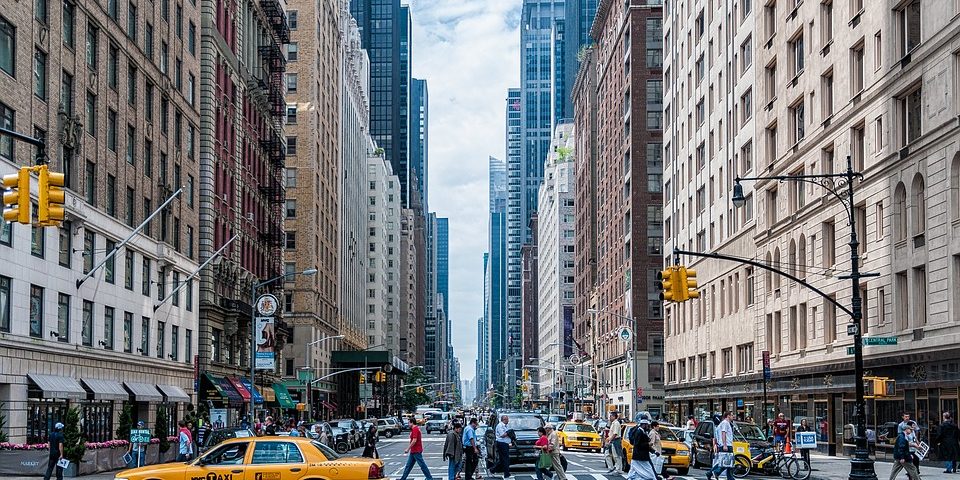 Vision Zero is a road safety initiative founded by the Swedish government in 1997, which has been successfully implemented throughout Europe, and is now spreading throughout the United States.

To become a Vision Zero city, a municipality must meet four minimum standards, consisting of:

At its foundation, Vision Zero starts with an ethical belief in the right of everyone to be able to safely move throughout their communities – and aims to involve all the stakeholders in a city’s transportation system, including fleet and safety personnel to reduce and ultimately eliminate the risks inherent in the way traffic is traditionally managed.

New York City (NYC) has had its Vision Zero goals set high with its aim to become the “world’s safest big city.” Despite this hefty goal of theirs, the Big Apple has already seen significant improvements since their introduction of the program in 2014. In NYC’s Vision Zero Year Four update, the city reported a 28 percent reduction in traffic fatalities and 45 percent decrease in pedestrian fatalities. For a city with an epidemic of traffic fatalities and injuries, seeing about 250 traffic-related deaths and 4,000 non-fatal serious injuries each year or one traffic fatality or injury every two hours, the reductions noted above signal that NYCs Vision Zero action plan is working.

How does Vision Zero differ from any other safety program?

Vision Zero starts with the premise that traffic deaths are preventable, but that human beings will make mistakes and crashes will occur. This leads to developing traffic systems to lessen the severity of crashes instead of a focus on perfecting human behaviour. Vision Zero uses a multidisciplinary approach and techniques, including technology and a reliance on data driven approaches, to achieve the goal of zero traffic fatalities or severe injuries.

New York City’s effective use of the Geotab technology and platform means the streets of NYC are becoming safer for bicyclists, pedestrians, and commercial and private vehicles, and will continue to do so as Geotab’s ever-evolving software and platform allow for more safety features and initiatives to be added to NYCs Vision Zero Program.

If you’re interested in incorporating Geotab’s technology and platform into your city’s Vision Zero Program and making your city streets safer for all, contact GPS to GO today!

How You Can Optimize Your Operations With Fleet Benchmarking
February 1, 2023

How Small Fleet Can Best Use Telematics
December 13, 2022

How to Manage EV Range Anxiety The Right Way
November 29, 2022
Go to Top