CASE STUDY: How Geotab Reduced a Fleet’s Idling Time By 90% 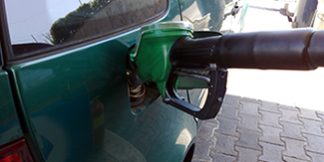 One of the biggest contributors to fuel costs for fleets of all sizes is idling time. Think of vehicle idling like a silent killer of your company’s fuel efficiency… and in the bigger sense, your bottom line. Luckily, there’s a simple way to take control of costs incurred by your drivers idling: installing Geotab GPS Fleet Tracking Devices on your fleet.

The Cost of Idling

One of the projects of the organization Sustainable America is an initiative called Turn It Off. Its website is a great resource for some stats on idling. Here are a few important figures pulled from there:

In this case study provided by Geotab [ original pdf version here ], we’ll take a look at one company that had some amazing success in reducing their fleet’s idling time, allowing them to cut way back on fuel consumption and fuel costs.

The company says that they’ve long had an interest in reducing their idle times, both to slash their costs, and for the environmental benefits of reduced idling. Dave Hardy, the company’s fleet supervisor, said there was lots of room for improvement. To establish a baseline for progress, he calculated that each vehicle was idling about 70 minutes each day, and that there were even some drivers who were idling for about 2 hours to 5 hours per day.

The company saw some very positive results from the implementation of their fleet tracking, anti-idling program:

Reduce Idle Times in Your Fleet

Does your company have an idling problem? Take the first step towards reducing fuel costs and your fleet’s environmental impact with Geotab GPS Fleet Tracking from GPS to GO. It’s the best fleet tracking solution on the market today, and offers your business so many benefits beyond simply reducing your fleet’s fuel consumption.

Best of all, there’s no major commitment required to start testing Geotab with your fleet. Get rolling with our $50 trial offer. We send you the plug-and-play fleet tracking devices, and you test them out with your fleet. There’s no contract, no obligation, and you’re free to cancel anytime. When you’ve seen the results firsthand and you’re ready to purchase, we’ll credit the $50 to your account. It’s the easy way to put your fleet on the fast track to fuel savings.

GPS to Go, now you know