The Moment I Met Terry Matthews

I recently had the ultimate pleasure of meeting the Welsh/Canadian businessman, Terry Matthews – serial high-tech entrepreneur and Wale’s first billionaire. A man from humble beginnings, Terry began by fixing small appliances and through the ethics of hard work and dedication, he built an empire.

We met at an Invest Ottawa event that took place at the Brookstreet Hotel in Ottawa this past April 26, 2012. Mr. Matthews spoke a few words up on a stage for the fascinated audience of local Ottawa entrepreneurs. It was exceptionally captivating when he described a story about golf. Owning his own golf course, Terry had wanted his to be chosen as the destination for one of the largest and most prestigious golf tournaments. However, the rules of this tournament would not consider his course. So, Terry Matthews took matters into his own hands by joining the organization’s committee, wherein he was eventually able to have the rules changed, thus allowing his course to be included in the list of possible destinations. I found this story inspiring.

After he spoke, I was quick to have a few words with him up on the stage. What really struck me was how he spoke in such a down-to-Earth but well-spoken manner. He described aspects of his billion dollar empire to me in such plain terms that I was even surprised at how fully I understood. He also told me to be careful not to fall off the stage. I think he meant this literally, but maybe he was trying to communicate some sort of subtle but profound message. That’s how I’ll interpret it, anyway. 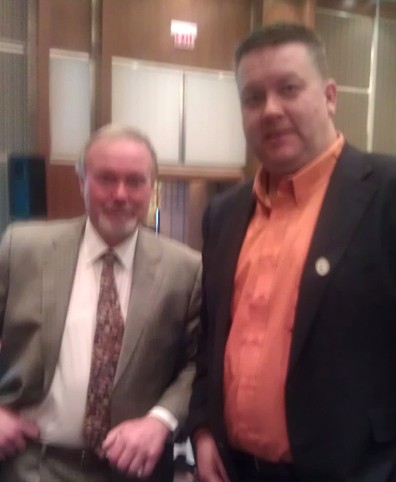 The Benefits of Geotab’s Roadside Assistance
December 8, 2017
Go to Top